Imbuko Wines, {type}DEV and Giant Bicycles have combined forces to support a large squad of talented young riders in 2022 and beyond. Having sponsored a South African mountain biking team since 2017 Imbuko Wines has built a reputation for fostering young talent and promoting exciting racing. {type}DEV, for their part, entered the sport when their support was needed most; mid-pandemic in 2020. This brave move saw them found a team when little to no racing was taking place.

Equipped by Giant Bicycles the new team not only has the funding of co-title sponsors Imbuko Wines and {type}DEV Master Software Crafters but also the backing of a number of major cycling industry brands. These include Ciovita, Shimano, Wahoo, Schwalbe, Power2Max, Peruzzo Bike Racks, Endurade, Lazer Helmets, Vivovita’s USWE Hydration Backpacks and Squirt Cycling Products. From beyond the cycling industry Golden Yoke and Optimum Insurance have added their support to the team. 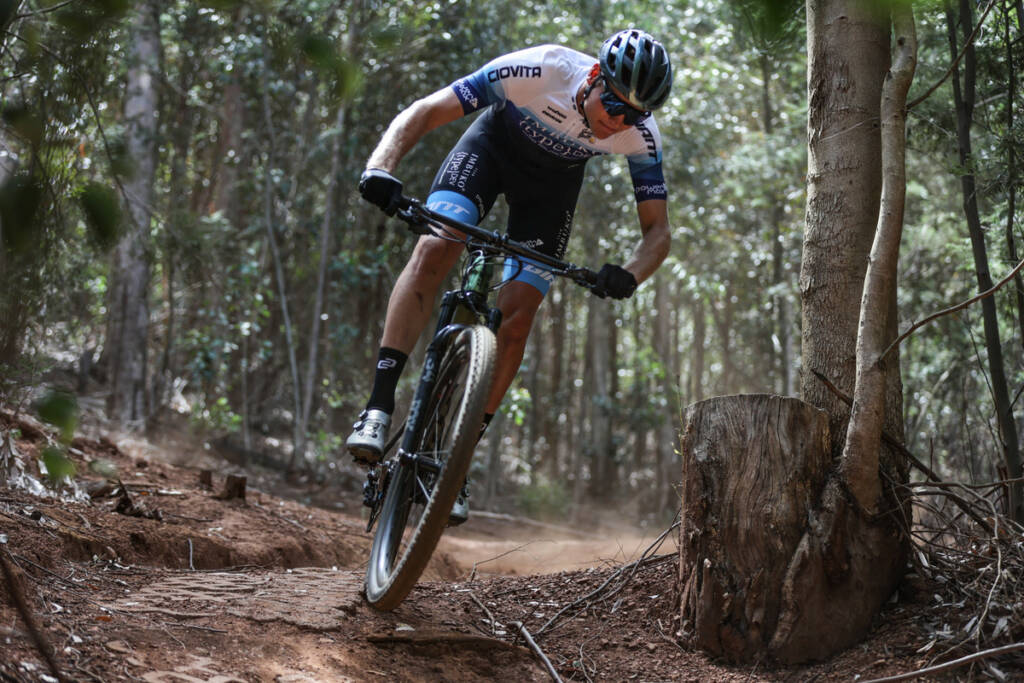 “I’m really excited about the partnership with {type}DEV” Team Principle Theunis van Zyl said. “With their support and with the continued commitment of Giant Bicycles, along with our other sponsors, I look forward to the Imbuko {type}DEV equipped by Giant team reaching new heights locally and internationally in 2022.”

As a winemaker and the managing director of Imbuko Wines, Van Zyl has long seen the synergy between mountain biking and wine. “Watching the team perform at an increasingly high level over the last few years has been exceptionally rewarding” Van Zyl smiled. “Particularly so because the riders we have supported have largely been young talents. I’d like to think that the Absa African Jersey podium place in 2021 was but the first of many incredible highlights we’ll be able to look fondly back on in years to come. With {type}DEV and Giant’s support the sky really is the limit for the squad we’ve assembled.” 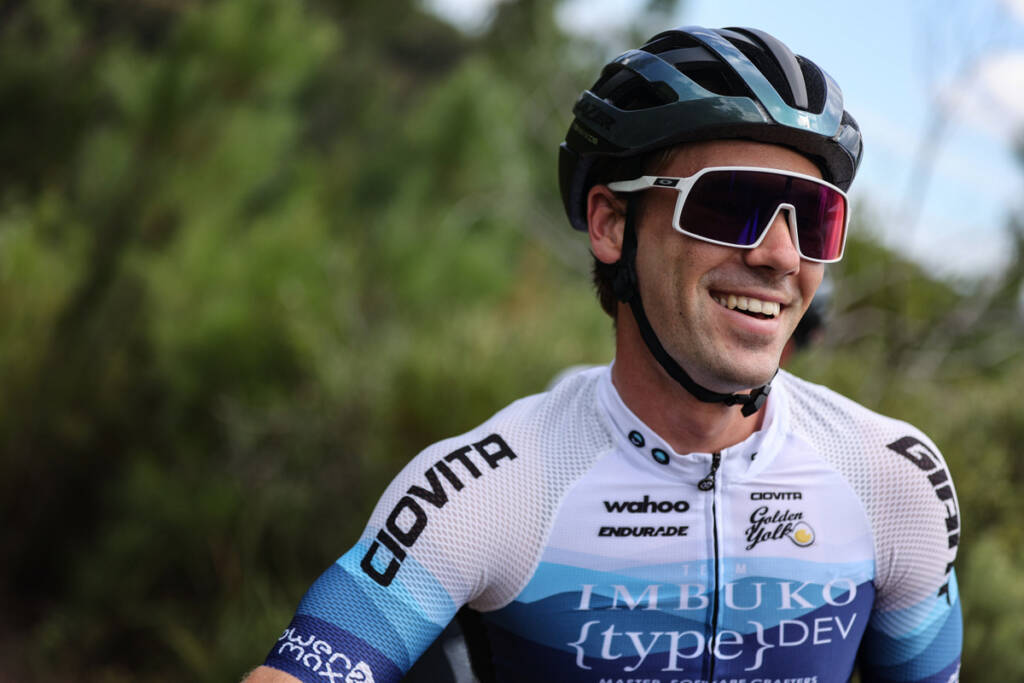 “At the highest levels, cycling and software development are incredibly competitive disciplines, populated by passionate and talented people” stated {type}DEV Marketing Manager Zane Masson. “Both require years of experience as well as the continued commitment to keep learning and developing in order to be and remain successful. Only an unwavering desire to be the best and a passion for what you do can fuel the hard work needed to stay competitive. It is this golden thread which draws a distinct parallel between the software development industry and professional mountain biking that explains {type}DEV’s commitment to the sport.”

For 2022 the team’s roster will include Marco Joubert, Pieter du Toit, Wessel Botha, Franko van Zyl and Rudi Koen, under the management of Stuart Marais. Speaking after the 2021 FNB Wines2Whales the squad’s senior rider, Joubert, reflected: “I’m only 24, yet I’m the oldest rider in the team. It’s great to be part of such a dynamic squad and to have the long-term support of companies who believe in nurturing young riders.”

“Giant Bicycles South Africa are proud to continue our relationship with Imbuko and welcome new sponsor {type}DEV to the racing team for 2022” noted Andrew Cattell of Dragons Sports, the Giant Bicycles distributor for Southern Africa. “It has been great to watch this young team grow over the past 3 years and we look forward to another exciting year of racing.”

The excitement of all those involved is justified by the balance of the Imbuko {type}DEV equipped by Giant team. Though each of the riders in the team has shown great promise at various stages of their young careers, the strength of the squad is likely to come from its depth. For each race throughout the stacked South African stage race calendar the team will be able to match the riders on the best form together, while also providing able support from a back-up team. 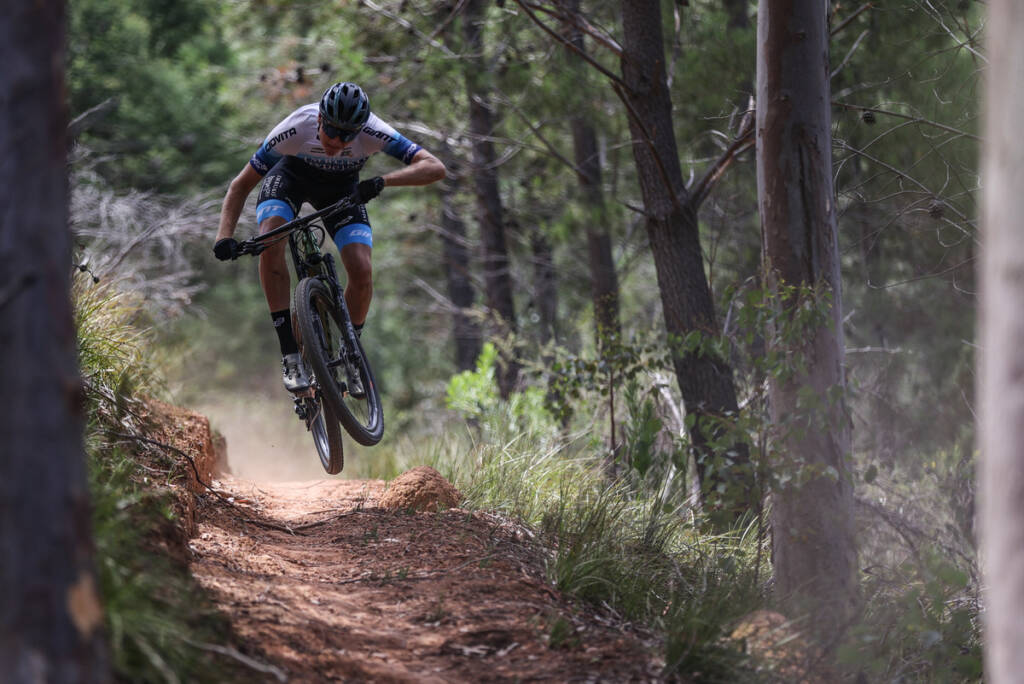 Imbuko {type}DEV equipped by Giant will get their 2022 racing campaign underway at the Attakwas Extreme on Saturday, 15 January. Photo by Max Sullivan.

Team Imbuko {type}DEV equipped by Giant’s local and international racing schedule, for 2022, will be announced in due course but their first outing will be the Momentum Medical Scheme Attakwas Extreme, presented by Biogen, on the 15th of January. Thereafter key races include the Absa Cape Epic, KAP sani2c and FNB Wines2Whales. The team members will also be racing individually in the King Price TrailSeeker series and contesting for the South African Marathon Championship title. A highlight of the season is sure to be the Imbuko Big Five Challenge, which takes place in Wellington, on the 19th of February.