The 2022 edition of the Trans Baviaans Race takes place on Saturday, the 13th of August. Starting in Willowmore and finishing in Jefferys Bay, the 230 kilometre traverse of the Baviaanskloof is one of South Africa’s most iconic mountain bike races. Over 1 000 riders, competing in teams of two to four, will take on the eighteenth edition; braving chilly weather and possibly light rain.

For the majority of the field the name of the game is completing the Trans Baviaans and enjoying the experience. Though bettering one’s previous best time is usually among the aims for any returning team. Among the elite teams only a stellar result will do however.

Last year’s winning mixed team and third place overall finishers, Team Madmacs/Coopetto/Davin Trust are targeting outright victory this year. Yolande de Villiers and Drikus Coetzee will not have it all their own way however. The 2021 champions, Sokool Veracity/Varsity College’s Erick Heyns and Wayne van der Walt are also on the start line. As the returning runners up, the Uncle Fish team of Gawie Combrinck, Gerrit de Vries and Nico Bell. 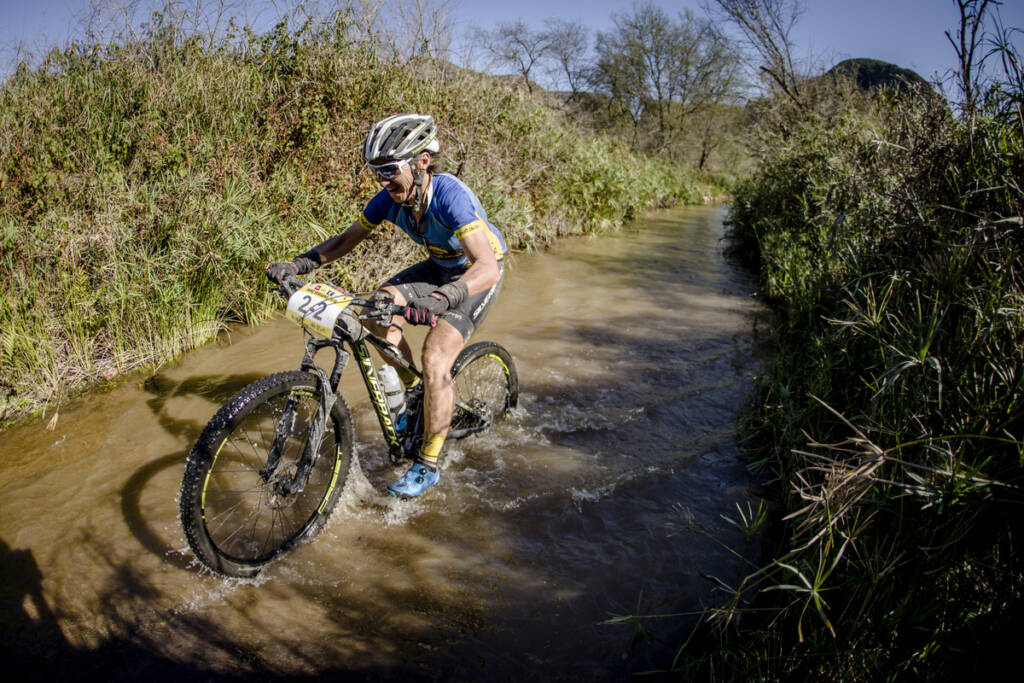 Yolande de Villiers has virtually made the Mixed Category race at Trans Baviaans her own, racing to victory with Kevin Taljaard, Neill Ungerer and most recently Drikus Coetzee in that competition. Photo by Jacques Marias.

De Villiers’ humorous fighting talk sets up an interesting contest. Both she and Coetzee are proven ultra-distance racers, with the Namibian having broken the 36ONE MTB Challenge course record in May. He is the perfect foil for the Oudtshoorn local and could help her to first overall, adding the outright victory to the Trans Baviaans mixed category title, which she has virtually made her own. 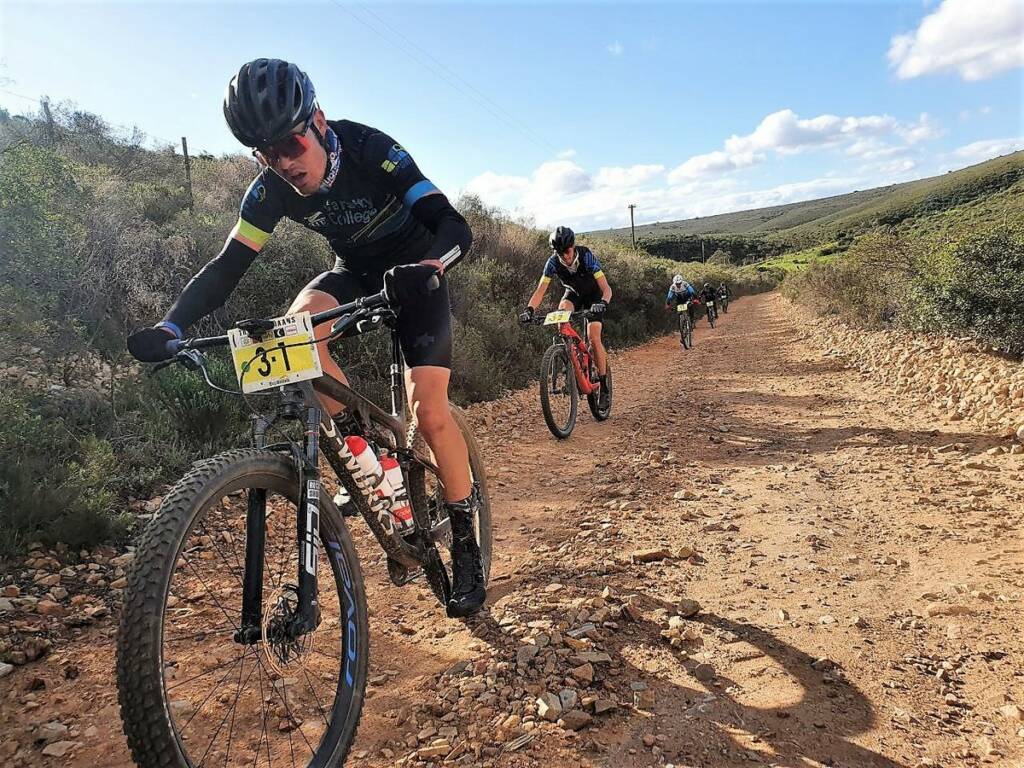 Realistically however, Sokool Veracity/Varsity College and the Uncle Fish teams have an edge over Team Madmacs/Coopetto /Davin Trust. Heyns and Van der Walt proved themselves to be the strongest climbers in the 2021 edition. They dropped Uncle Fish on both the MAC and decisively on the Mini MAC, after Bell had towed his team back into contention between Bergplaas and Check Point 7.

The firepower of – Bell, Combrink and Coetzee – on the undulating roads will be hard for the defending champions to counter. So, they will have to race smart once more; conserving their energy for attacks on the terrain which suits them best. Historically three- and four-person teams have struggled to win the Trans Baviaans. Over the course of eight and a half hours and 230 kilometres much can go wrong. Every additional partner amplifies the risk of someone suffering a puncture, mechanical or simply running out of steam in the race through the rugged Baviaanskloof. 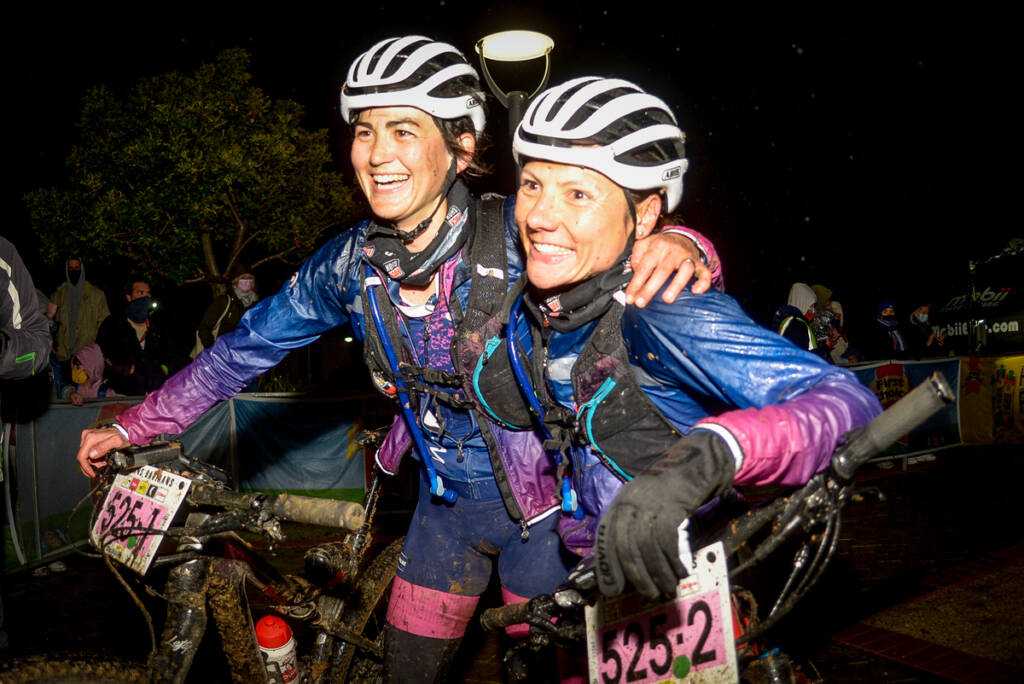 Elrika Harmzen-Pretorius (left) had to withdraw from the Trans Baviaans due to a crash, leaving the women’s race without the defending champions and ensuring that first-time winners will be crowned on Saturday evening. Photo by Peter Kirk.

Along with the overall race, the women’s competition should be fiercely contested though the defending champions will be absent from the start line. Elrika Harmzen-Pretorius crashed in the build-up to the 2022 race, meaning the Wintergreen Ciovita team had to withdraw at the last minute. This leaves the L&E squad of Lucie Zelenkova and Elicia Venter as the clear favourites. Zelenkova is a triathlon Olympian and two-time IRONMAN winner. As such she’s no stranger to ultra-distance bike races. Her partner, Venter, is a member of Zelenkova’s Trifactri triathlon club. Their closest competiton could come from the Abbeydale Team 4, of Simone Jacobs and Candice Dawson, and the C & C van der E outfit, of Sunel Oosthuizen and Cinette van der Ende.

While in the men’s race, Conway Oliver and Malcolm Isaacs, as well as the Sitbok Lyfie Lippe team of Kevin Taljaard, Henry and Gideon de Villiers could also have an impact on the final outcome. The elite masters’ race is also set to be fiercely contested with nine closely matched teams in the mix.

A team to watch, made up of riders of immense talent is the Fairtree Maties Mixed team. The four-rider squad is unlikely to be able to best De Villiers and Coetzee this time out, but the individuals in the team could prove formidable Trans Baviaans campaigners in years to come. The Stellenbosch University students, Michael Sutton and Julian Nel are good riders, while Kelsey van Schoor has proven herself among the best in the country on the road and Karla Stumpf is an emerging mountain biking talent. 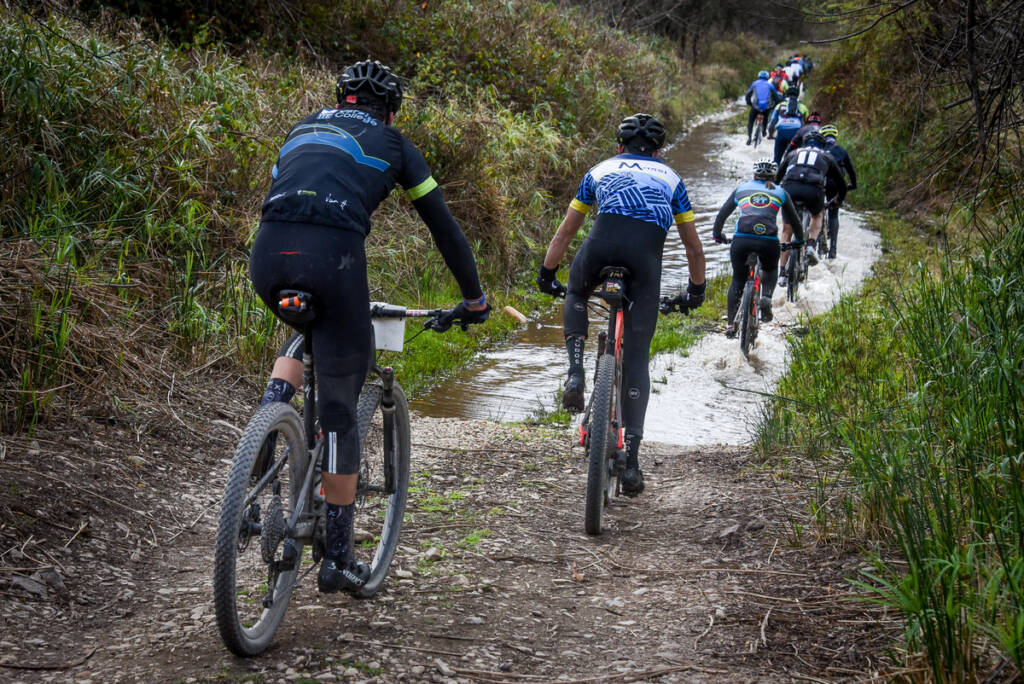 Erick Heyns and Wayne van der Walt roll into the Langwater, river crossing after Check Point 3, on their way to victory in the 2021 Trans Baviaans. Photo by Peter Kirk Media.

Along with the make-up of the field the weather and road conditions always play a significant role in the speed at which the Trans Baviaans is raced. As with in 2021 there will be a rolling start, with teams self-seeding themselves and starting anytime between 05:00 and 07:00 on Saturday morning. Only the designated elite teams will start in a defined batch, at 07:00. The weather is predicted to be cold, but not freezing, in the morning with a single millimetre of rain also expected to fall on Willowmore. Fortunately, a tail-wind is also on the cards, blowing riders down the Baviaanskloof until early afternoon. In the late afternoon the wind is predicted to turn to the south west, presenting a head-wind for the final 50 kilometres to Jefferys Bay.

The Baviaanskloof is relatively dry at the moment, making the Langwater water crossing, after Check Point 3, shorter than usual. Photo by Peter Kirk.

Due to the remote nature of the Baviaanskloof, which is the largest wilderness area in South Africa, cell phone reception is limited. This mean race updates will be sporadic, until the 140 kilometre mark at Bergplaas. Thereafter more regular updates can be expected on the EcoBound Events Twitter handle, @EcoBoundEvents. Additional coverage, in the form of photos and videos from the course can be found on the @transbaviaans Instagram handle and the Trans Baviaans 24HR MTB Race Facebook page. For more information visit www.transbaviaans.co.za.