The 2021 Trans Baviaans was held in unusual conditions, imposed by Covid-19 restrictions, and in difficult weather; on Saturday, 28 August. Teams were able to start, in self-seeded start times, from 05h00 in order to beat the 22h00 curfew. The early start and a late winter cold front, lead to sub-zero temperatures, with brief flurries or snow and hail falling on the 227-kilometre route.

The fastest teams across the course, through the Baviaanskloof, from Willowmore to Jeffreys Bay were the Young Guns, Coopetto/Darvin Trust and Wintergreen-Ciovita Barrier Breakers. Erick Heyns and Wayne van der Walt won the men’s race. Yolande de Villiers and Dirk Coetzee won the mixed category and were third over the finish line to boot. While Elrika Harmzen-Pretorius and Leone Verster were the winning women’s team.

While the non-competitive riders started at the time which suited them best; the elite men, women and mixed teams all started together at 08h00. This ensured that there was a chance of pelotons forming and helping the fastest riders knock off the first 105-kilometres to the Baviaanskloof Reserve as quickly as possible. Things transpired a little differently however, as the large groups soon splintered into smaller ones, of just two or three teams. 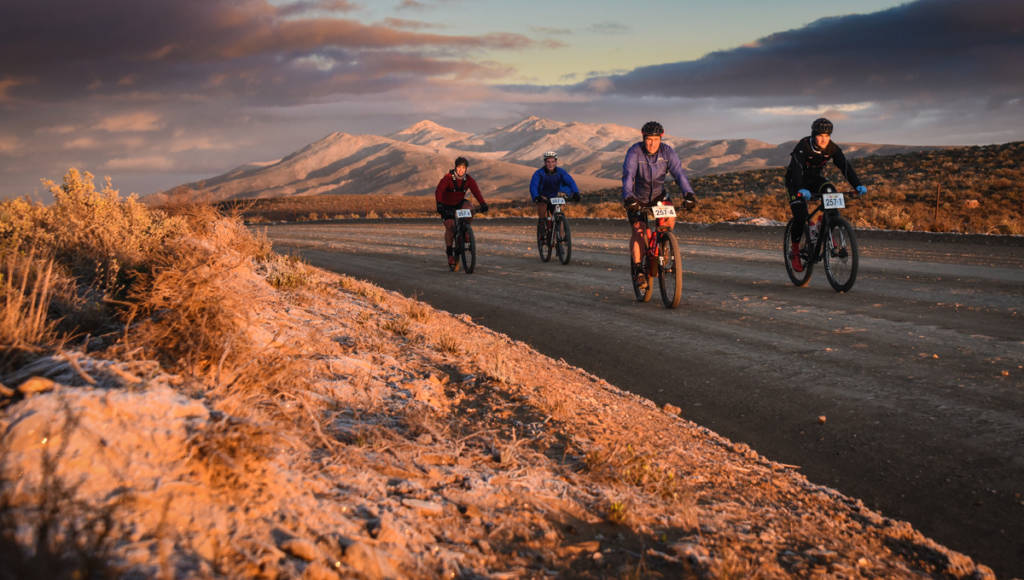 Sub-zero temperatures ensured icy conditions for much of the 2021 Trans Baviaans Race. There was snow on the higher peaks of the region and frost on the ground when the majority of the field got underway in Willowmore, on Saturday morning. Photo by Peter Kirk Media.

Right at the front the biggest and longest surviving group was made up by Uncle Fish, the Young Guns, Coopetto/Darvin Trust and the Coppetto. Nico Bell, of Uncle Fish, relentlessly drove the pace for his teammates Gawie Combrinck and Gerrit de Vries. After 70-kilometres the group started to split under the pressure exerted by Bell, with the mixed Coopetto/Darvin Trust and the Coppetto dropping off the pace.

On the Baviaans Back, after 110-kilometres, the Young Guns started to distance Uncle Fish. Heyns and Van der Walt proved on that, the first of the race’s significant climbs, that they were the strongest climbers in the race. Through Check Point 3, at Smitskraal, over the Fangs and up the Mother of All Climbs to Bergplaas the Young Guns slowly extended their lead. The gap never ballooned out however and Bell was always able to pull his teammates back into contention whenever the roads flattened out.

The Young Guns came into Check Point 4, at Bergplaas, with a 3-minute lead. A slower turnabout in the check point handed a minute of their advantage back to the Uncle Fish team. Which Bell, Combrinck and De Vries further whittled down over the next 30-kilometres. By the time the leaders reached the base of Neverender, with 30-kilometres to race, the two teams were back together. 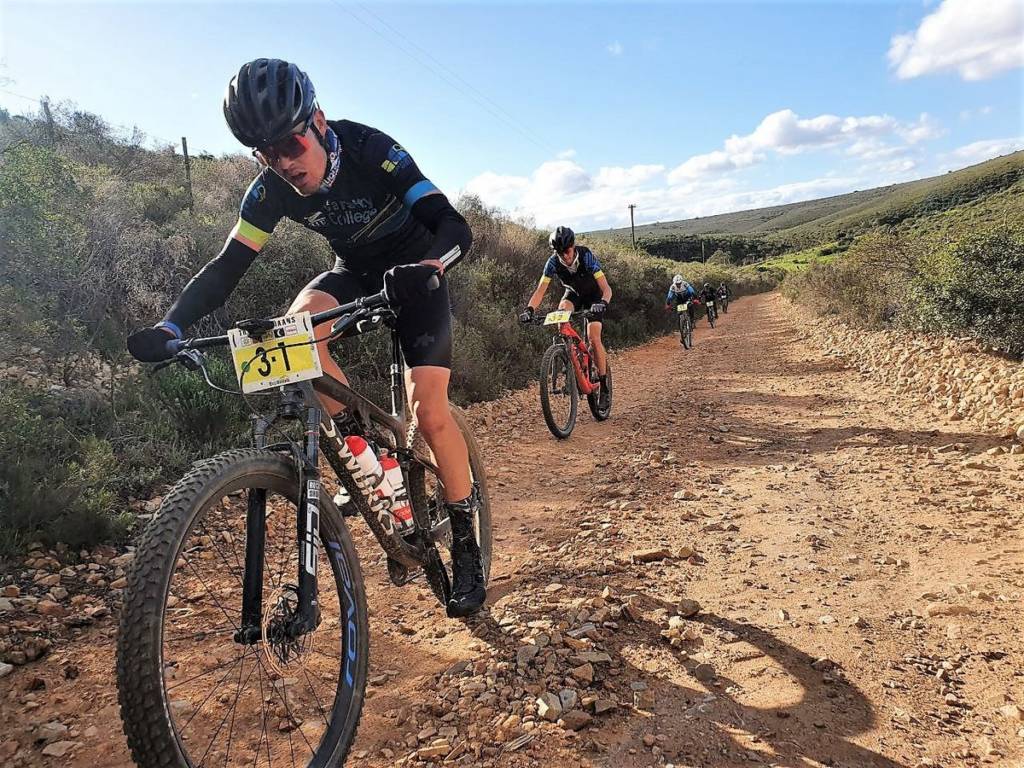 It was only on the Mini MAC, the last climb of the race, that the decisive move was made. Heynes recounted how the last 15-kilometres unfolded: “We had seen that Gerrit [de Vries] was struggling a bit more than the rest of us on the climbs. So, we got ourselves to the front of the group after Check Point 7 and went all in on Mini MAC. Once we got a gap we just had to push on as hard as we could. By the time we reached the train track singletrack, 5-kilometres from the finish, I was seeing double. I couldn’t follow Wayne [van der Walt’s] wheel and nearly crashed a couple of times. But somehow, we held it together and stayed ahead of Nico [Bell], Gawie [Combrinck] and Gerrit.”

Heyns and Van der Walt were so exhausted by their efforts that they hardly celebrated upon wining the 2021 Trans Baviaans. A could burst in the last 15 minutes of their race had drenched them to the bone, after having already endured over 8 hours of 2-to-12-degree temperatures. Their winning time was an impressive 8 hours, 21 minutes and 29 seconds. The Uncle Fish team crossed the line just 1 minute and 16 seconds behind the race winners. Coopetto/Darvin Trust rounded out the overall podium places 15 minutes and 13 seconds later.

The remarkable fact of Coopetto/Darvin Trust’s third place overall was that they were also the first mixed team over the finish line at the Fountains Mall, in Jeffreys Bay. De Villiers once again dominated the mixed race; this time with her new partner, Coetzee. Their victory margin was 1 hour, 15 minutes and 6 seconds over the Cyclopro Aspire LiveFit. Giant/Liv rounded out the mixed category podium. 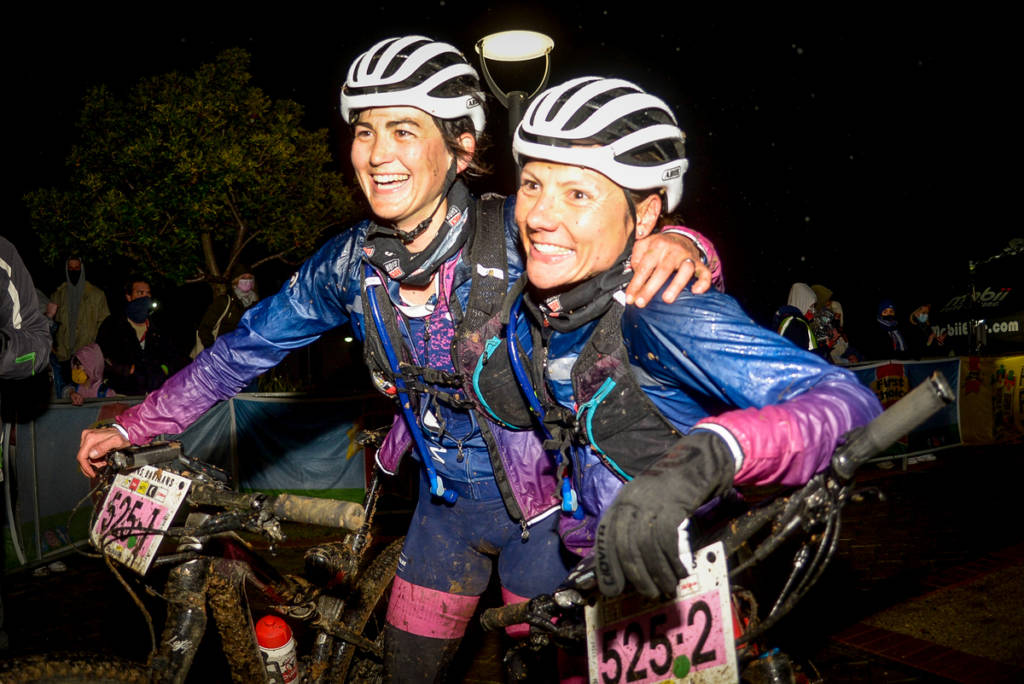 In the women’s race the Wintergreen-Ciovita Barrier Breakers rode solo through most of the 227-kilometre course to win the 2021 Trans Baviaans title. Harmzen-Pretorius and Verster had a lonely ride, passing lots slower teams who started earlier but were unable to find anyone to work with them. “The elite start group splintered pretty early on” Harmzen-Pretorius recounted after crossing the finish line. “We initially didn’t even know where we were in the women’s field. We just had to ride our own race and work together, as the two of us. It was really hard at times! But I’m glad to have had Leone [Verster] alongside me, she was incredibly strong!”

The Wintergreen-Ciovita Barrier Breakers winning time was 10 hours, 44 minutes and 56 seconds. Adventurers’ Marisa van der Linde and Jodi Zulberg were second and the Untamed Ladies, Anine Koch and Hayley Mcloughlin, were third fastest across the course; despite starting earlier. The third elite women’s team was that of Sarah van Heerden and Elaine Beytell, though their time was nearly an hour slower than Kock and Mcloughlin.

After a near-freezing Race the Trans Baviaans Repeat riders will be heartened to hear that the weather forecast is better for next weekend. Clear skies and a temperature range of 7-to-19-degrees is currently predicted. Along with a light north westerly wind, which should blow the teams from Willowmore down the Baviaanskloof, towards Jeffreys Bay.

Mountain biking fans can once again follow the Trans Baviaans on the event’s social media handles. Cell phone reception is limited in the Baviaanskloof so updates will be sporadic through the mid-phases of the Repeat. Tune in by following @transbaviaans, on Instagram, liking the Trans Baviaans 24HR MTB Race Facebook page and following @EcoBoundEvents, on Twitter. Time updates from the Check Points will also be available at www.transbaviaans.co.za/live-event/. 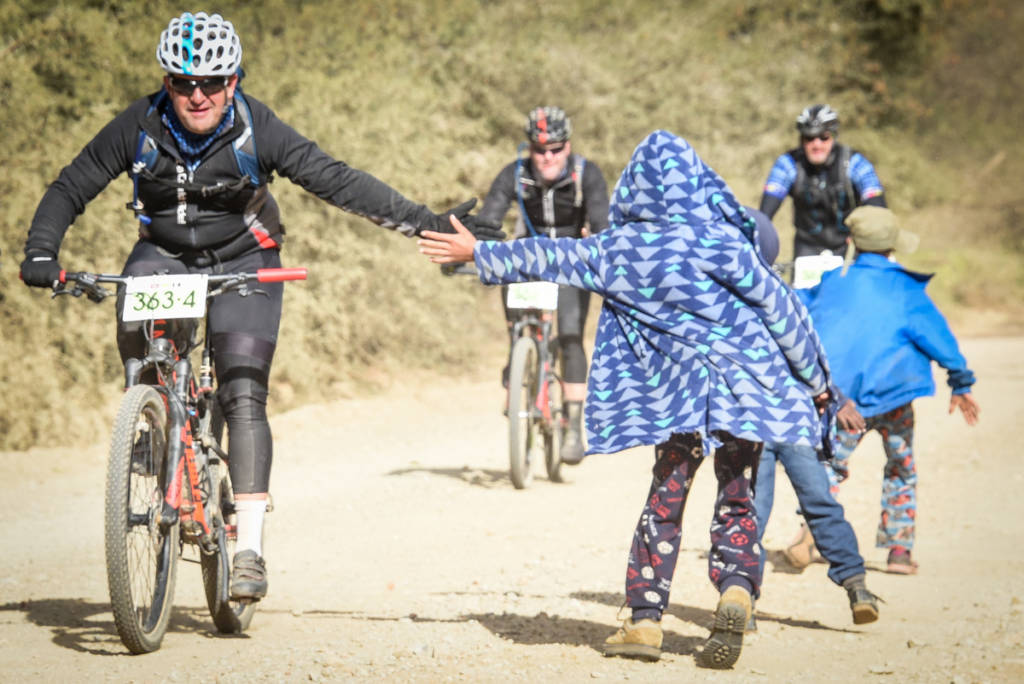 The Trans Baviaans is a boon for tourism in the Baviaanskloof region. Willowmore in particular struggled due to the loss of income from the 2020 race being cancelled due to Covid-19. Photo by Peter Kirk Media.

For the full results from the 2021 Trans Baviaans please click here.