Founded in 2017, ILoveBoobies has funded breast cancer screenings for over 5 000 women from historically disadvantaged communities, in addition to the 9.2 million South Africans they have reached with their comprehensive Breast Cancer and Breast Health educational and awareness-building campaigns. Most cyclists and runners should already be familiar with the charity, given their presence at events like the Cape Town Cycle Tour, Cape Town Marathon and Absa Cape Epic Mountain Bike Race. From the 28th to the 30th of October, 11 teams will be representing ILoveBoobies at FNB Wines2Whales’s Chardonnay race, as they ride to raise funds for breast cancer screenings in the Grabouw and Bot River regions.

“Our fundraisers, who are riding Wines2Whales in ILoveBoobies kit, have already raised nearly R50 000,” charity founder Nicky Webb praised. “With each screening costing R300, that means we’ll be able to provide 160 free breast health screenings to women who live in areas the stage race’s route passes through. Sadly, one in eight women will develop breast cancer during their lifetimes, but early detection and treatment have proven the most effective measures for reducing patient mortality. Given the fact that 85% of breast cancer occurs in women who have no family history of the disease and that up to 30% of women are unaware of breast cancer it is essential to conduct as many screenings as possible.” 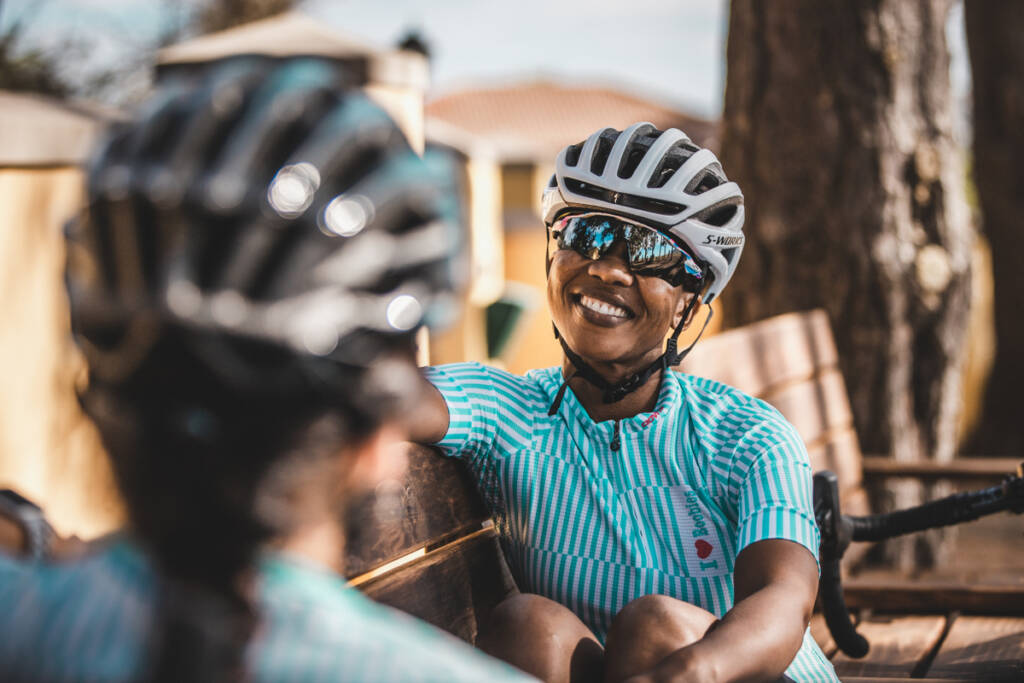 With women statistically at a 1 in 8 risk of developing breast cancer during their lifetimes and with up to 30% of women being unaware of breast cancer, it is essential to provide both public education and conduct as many screenings as possible. Photo by Benhouse Media.

“All funds raised in the Wines2Whales campaign are ringfenced and will be used exclusively for screenings in the communities around the route,” Webb continued. “We will be sending the field team to Grabouw and Bot River to conduct the screenings. Then if any abnormalities are detected the woman will be fast-tracked to the nearest breast cancer state facility, if she has no medical aid, with a report summary from the registered nurse.” 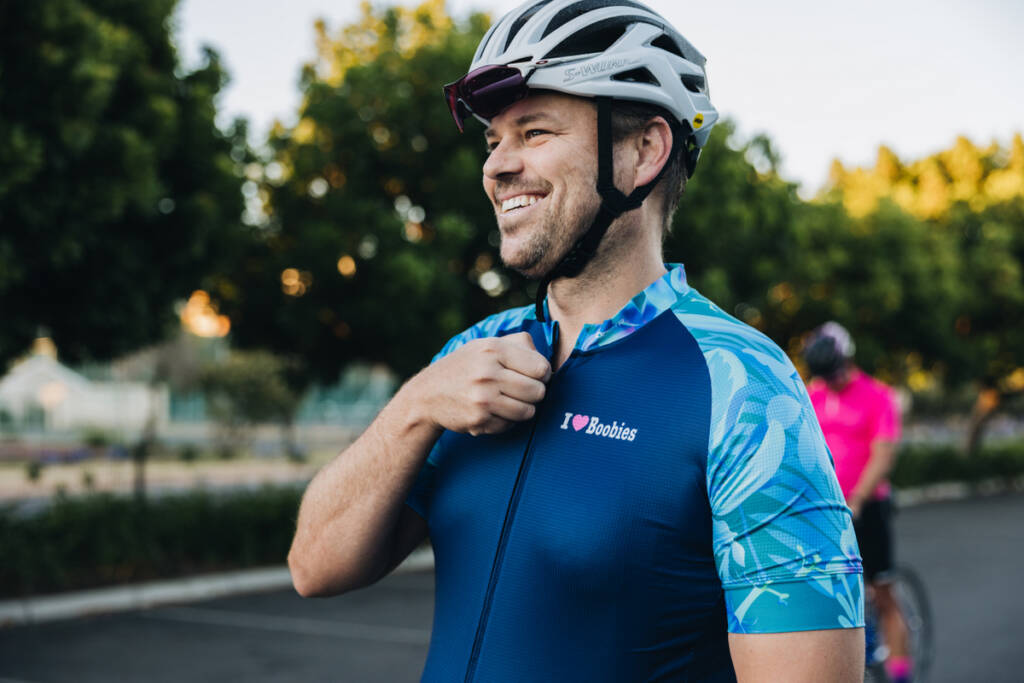 ILoveBoobies funds many of their breast cancer screenings by selling cycling and athletic apparel through their web-store at www.iloveboobies.co.za. Photo by Benhouse Media.

ILoveBoobies is building towards establishing itself as a sustainable charity, with the goal of reaching 10 000 women per annum, providing screenings to South African women who are unable to access such medical services due to financial, locational, or social challenges. In order to do so they need to continuously raise funds. Currently the charity utilises a web store to sell ILoveBoobies merchandise, like athletic socks and cycling kit, direct donations and fundraising campaigns to finance the breast cancer screenings. Wines2Whales, thanks to its status as one of South Africa’s most popular mountain bike races, provides a great platform for the organisation to raise awareness and money.

With 11 teams, 3 of which are from Namibia, taking part in the first event of the 2022 Wines2Whales series the ILoveBoobies teams will be prominent throughout the race. Not only due to their striking kit. Along with the founders, Nicky Webb and Cecil Munch the charity will be represented by Mikayla Benkenstein, Cherise Willet, Nicci Booysen, Ilana Steenkamp, Gerhard van Niekerk, Lance Hamel, Jonie Peters, Lauren Davidson, Heather Rossouw, Jade Slabbert, Jade Davies, Shireen Swart, Jana von Backstrom, Renata Stolze, Werner Human, Willem Mouton, Emma Price, Shaun Smit, Fanus Bredenhann and Brandon Stieger. 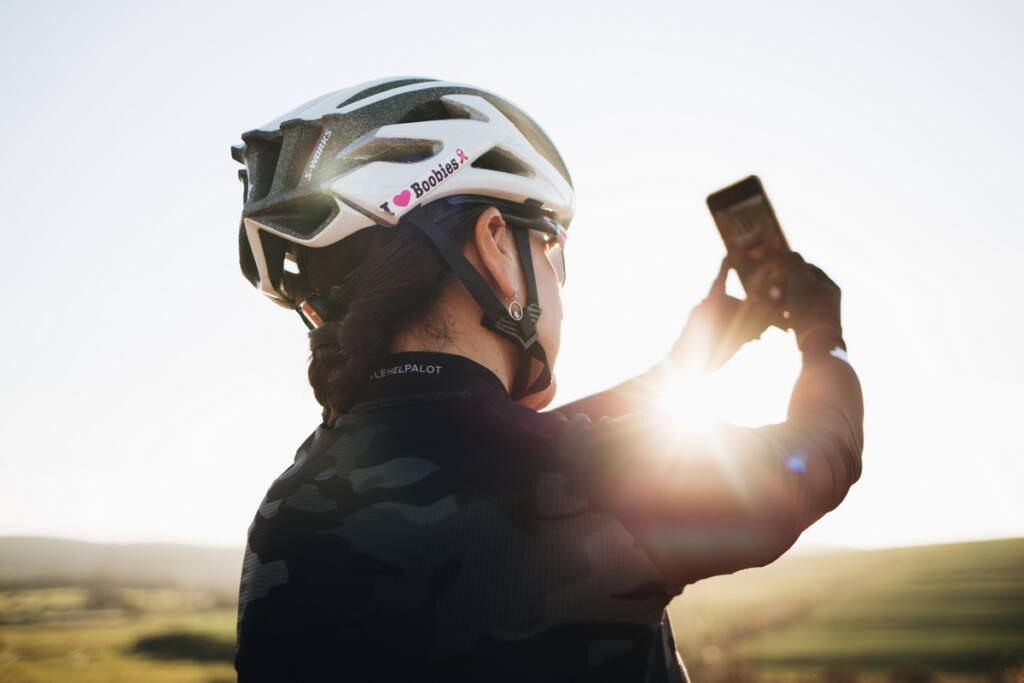 To support their fundraising efforts individuals or organisations can donate via GivenGain.  Alternatively, supporters can purchase the charity’s merchandise in order to both promote and fund their screenings; for every five pairs of ILoveBoobies socks sold, for example, they are able to conduct one breast cancer screening. ILoveBoobies is a non-profit company and registered PBO [No. 9300060206], as well as a level 2 BBBEE organisation. As such donations are Tax-deductible (in line with Section 18A of the Income Tax Act) and can also qualify towards CSI points claims. 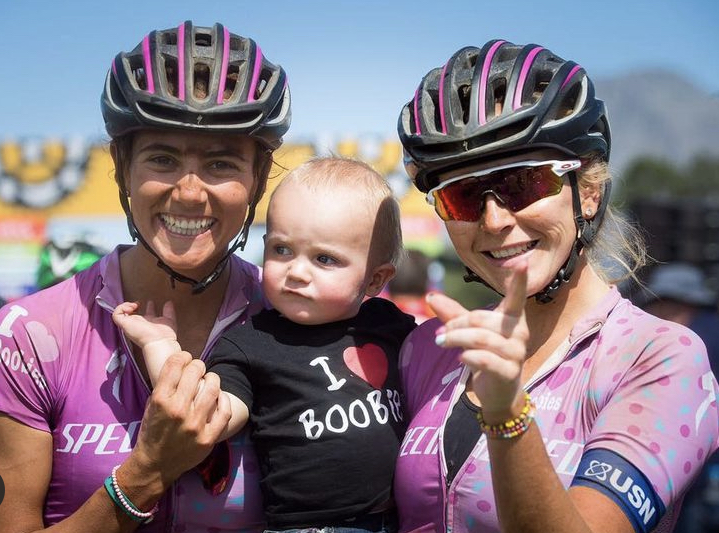 Among the teams taking part in the 2022 FNB Wines2Whales Chardonnay race for ILoveBoobies are the ILB Women, Mikayla Benkenstein and Cherise Willet.