The Dutch KMC Mountain Bike Team will once again start their season with a South African adventure in 2023. The squad spent time in the country in September 2022, racing the Momentum Medical Scheme Cape Pioneer Trek, presented by Biogen, where Teus Ruijter and Gerben Mos placed fifth overall. This year Tim Smeenge and Ruijter will be kicking off their campaigns under the South African sun by riding the Momentum Medical Scheme Tankwa Trek, presented by Biogen, before switching their focus to the 2023 Absa Cape Epic.

The race in the Koue Bokkeveld, which takes place from the 9th to the 12th of February, is famously challenging. Not only does it include South African mountain biking’s most infamous climb, the Merino Monster, but it also makes use of the ever-expanding network of singletrack around Kaleo, where the race village is located. “We are very much looking forward to this four-day race and our stay in South Africa,” the Dutch Marathon Champion, Smeenge, said. “We’ll be in the country from early February up to and including the Absa Cape Epic.” 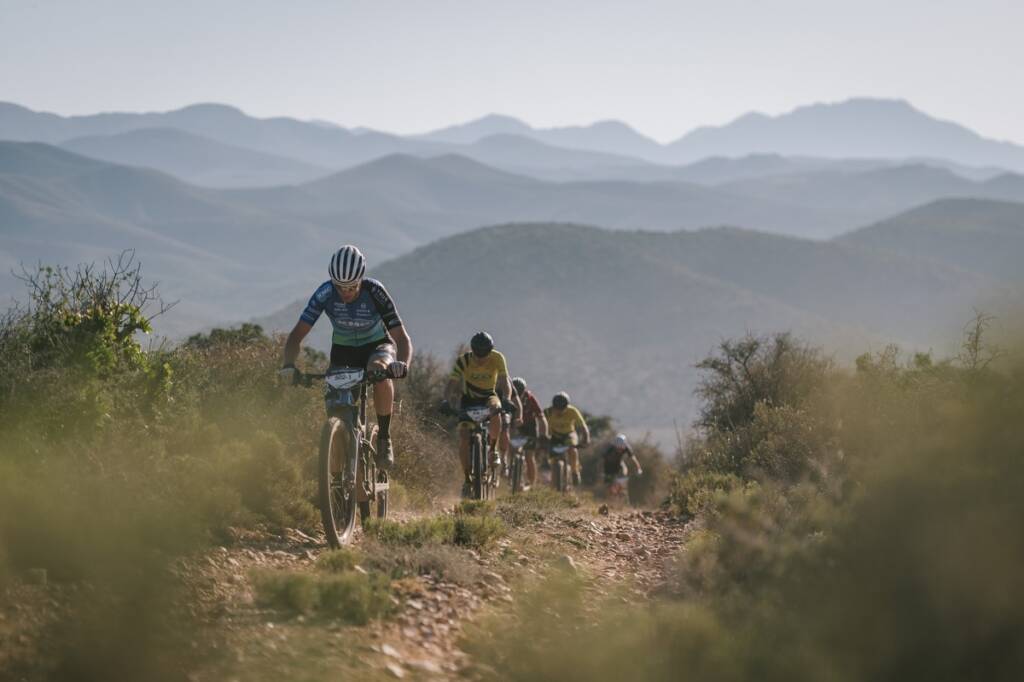 The KMC Mountain Bike Team are no strangers to racing in South Africa and were the leading international team at the 2022 Momentum Medical Scheme Cape Pioneer Trek, presented by Biogen. Photo by Justin Reinecke for www.zcmc.co.za.

Before the start of the Absa Cape Epic, Mos and the team’s fourth member, Ramses Bekkenk will join Smeenge and Ruijter for a South African training camp. This year’s Absa Cape Epic takes place from 19 to 26 March and will start with a prologue in Meerendal Wine Estate before passing through Hermanus, Oak Vally and Lourrensford Wine Estate en route to Val de Vie. The Untamed African Mountain Bike Race is new to the Smeenge and Ruijter, but South Africa is certainly not new to the team. Bekkenk won the Munga and the 36One MTB Challenge, and Mos finished second in the 2019 Momentum Medical Scheme Cape Pioneer Trek, presented by Biogen, alongside Smeenge.