I’ve been to Piket-Bo-Berg four times now and it never ceases to amaze. It’s a hidden gem; of orchards, fynbos and amazing mountain bike trails high above the rolling wheat fields of the Swartland. Situated on the lonely mountain which separates Piketberg from the West Coast, Piket-Bo-Berg is just two hours from Cape Town but feels a world away.

Driving up Versfeld Pass, especially in the early morning mist, you know you’re heading somewhere unique – why else would they cut a road which does not traverse to any town on the other side into near sheer cliffs? Once atop the pass, the mountain biking playground provided by the landscape is immediately apparent. The top of the Bo-Berg mountain is a series of valleys, ridgelines and towering peaks, proving the setting for 106 kilometres of purpose built singletrack. 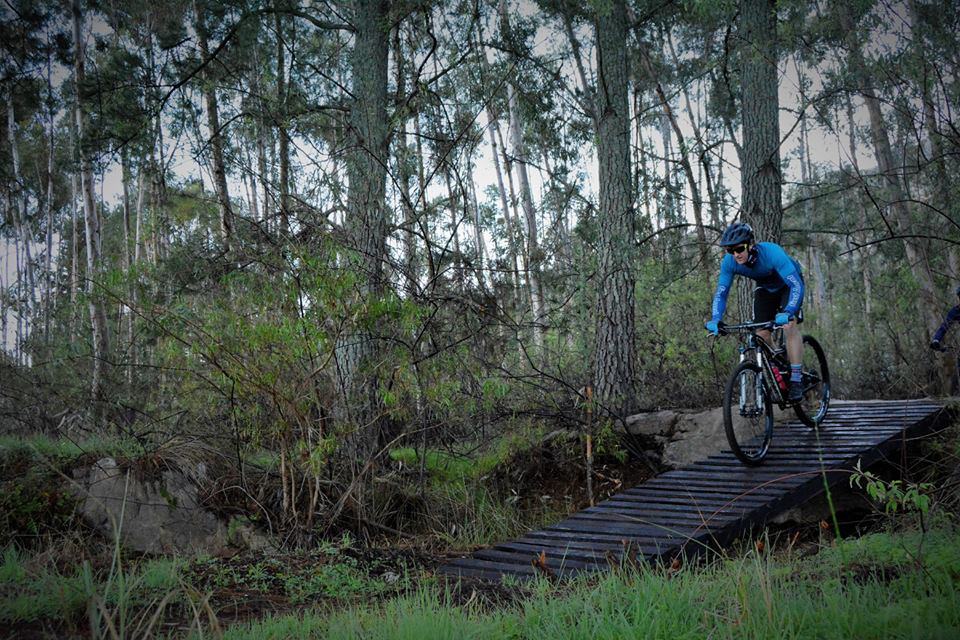 It’s not all rugged mountain singletrack, there are also a few forest sections hidden among the plethora of singletrack on Piket-Bo-Berg. Photo by Delanie Jooste.

There’s no repurposed hiking trail, or overgrown jeep track in that count. It is just, 100% mountain biking singletrack.

Though the routes traverse through a number of farms, the primary landowners and the hosts for the Piket-Bo-Berg Cycle Challenge and The U stage race are the Starke family of Mouton’s Valley Farm. Eric Starke set the trail building in motion seven years ago when he first rode in the Piket-Bo-Berg Cycle Challenge, an event which had been running for a couple of years by then to raise funds for the Piket-Bo-Berg school. After that first ride of his home race Eric realised the roads were far too steep for pleasurable riding; so he and his staff set to work building the first singletrack, to take the sting out of a particularly nasty climb.

During the building process the Mouton’s Valley Farm manager Rickus Jooste fell in love with mountain biking, took up riding seriously and practically hasn’t stop trail building since. In June 2015 I first rode the trails with Eric, Rickus and a number of other invited riders ahead of their single day race that year. They were keen to show off what they’d done, and already there was over 50 kilometres of singletrack on the mountain. I returned three months later to ride the 60 kilometre distance in the Piket-Bo-Berg Cycle Challenge and if I wasn’t already hooked on riding Bo-Berg I certainly was after that. 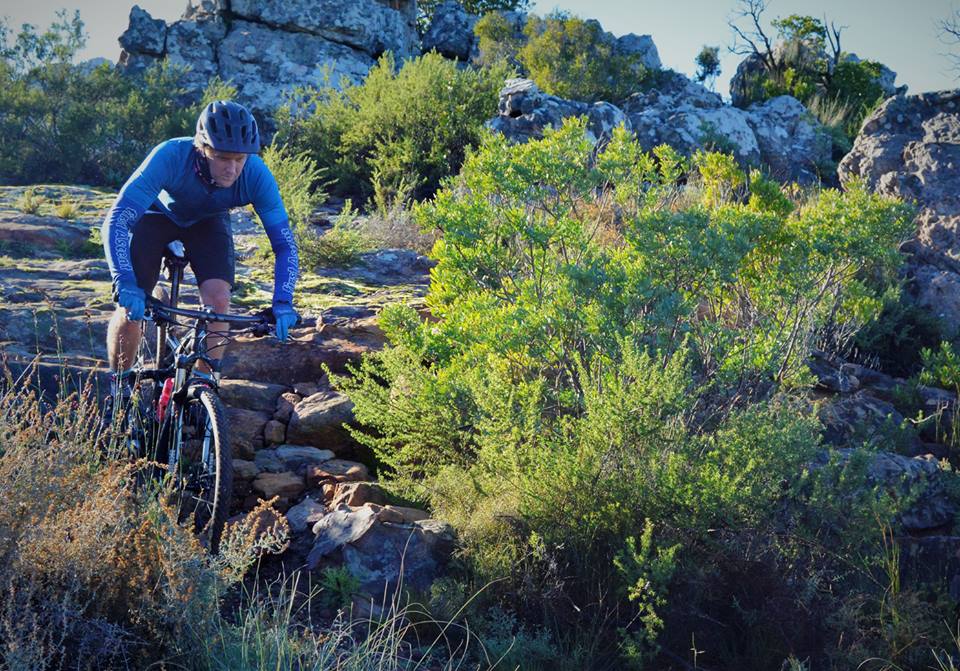 The most technical riding you’ll have to master in any of the Piket-Bo-Berg races. Photo by Delanie Jooste.

What are the trails like and what makes the riding so special you ask? Well they’re the essence of Western Cape mountain biking. Cut into rocky soils, with great flow between corners; but given the surfaces you constantly have to work to maintain speed and momentum. They reward bike handling skills exponentially and watching someone like Oliver Munnik race through the technical sections makes you realise how much more fun you could be having if you could really ride. “But you don’t have to be a jedi” as Oli succinctly put it. You just have to be relatively fit; if you’re comfortable on your bike you’ll love the Piket-Bo-Berg trails. 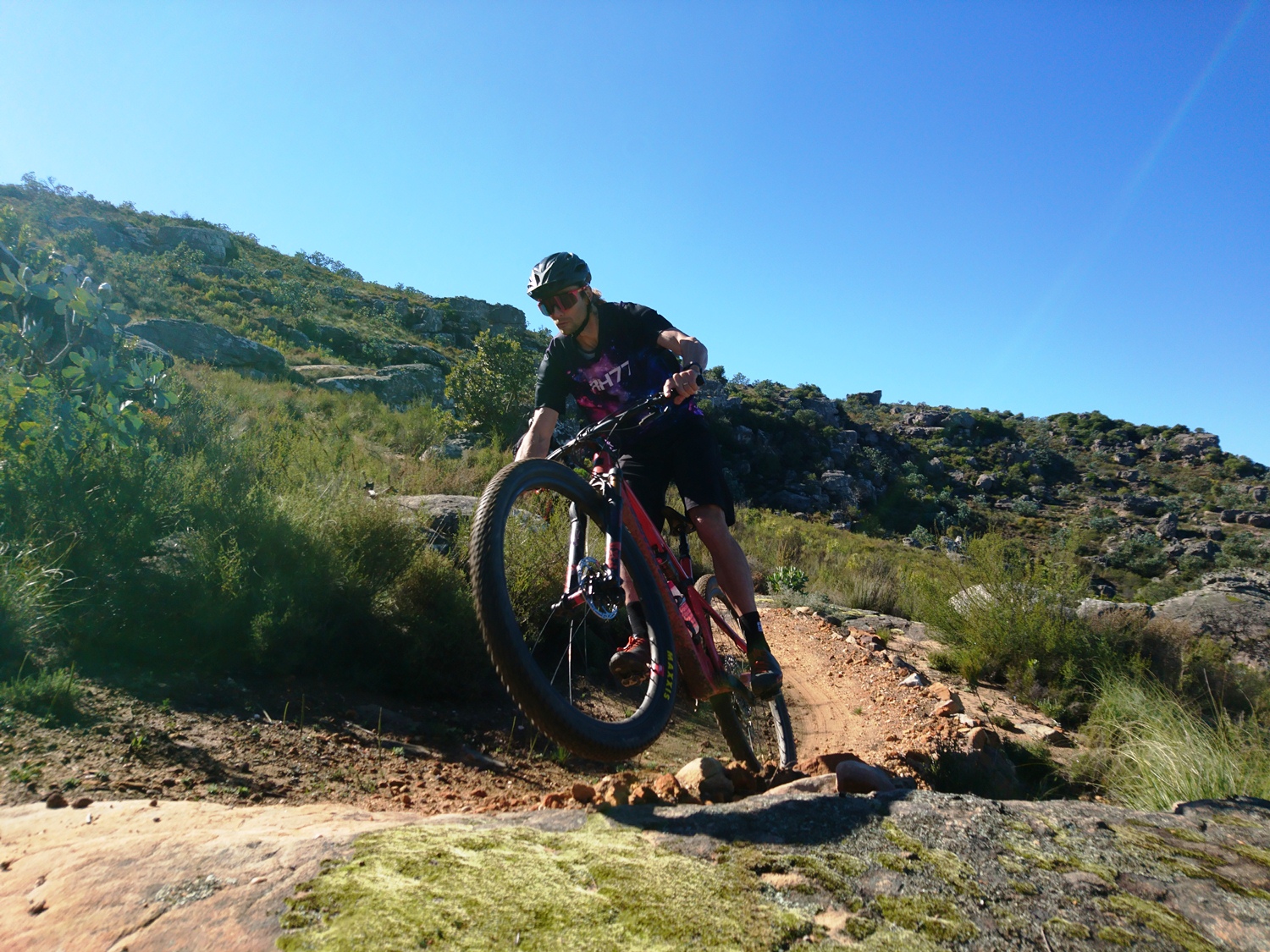 You don’t have to be a jedi… but it doesn’t hurt either. Photo by Seamus Allardice.

The race routes don’t take in any massive drops or potentially dangerous features; it’s more the accumulation of moderately technical riding which saps your energy a little more than usual. The 60 kilometre distance at the Piket-Bo-Berg Cycle Challenge is therefore a serious test of your metal.

If you want to enjoy the trails a bit more, ride shorter distances and cover virtually every singletrack on the mountain then The U is for you. The two day stage race includes a time trial on Friday evening and two full stages, of roughly 50 kilometres a day. Throw in the amazing hospitality a rural community – coordinated by Michelle, Eric’s wife, and Delanie, Rickus’ better half – and you have an unforgettable stage race experience. 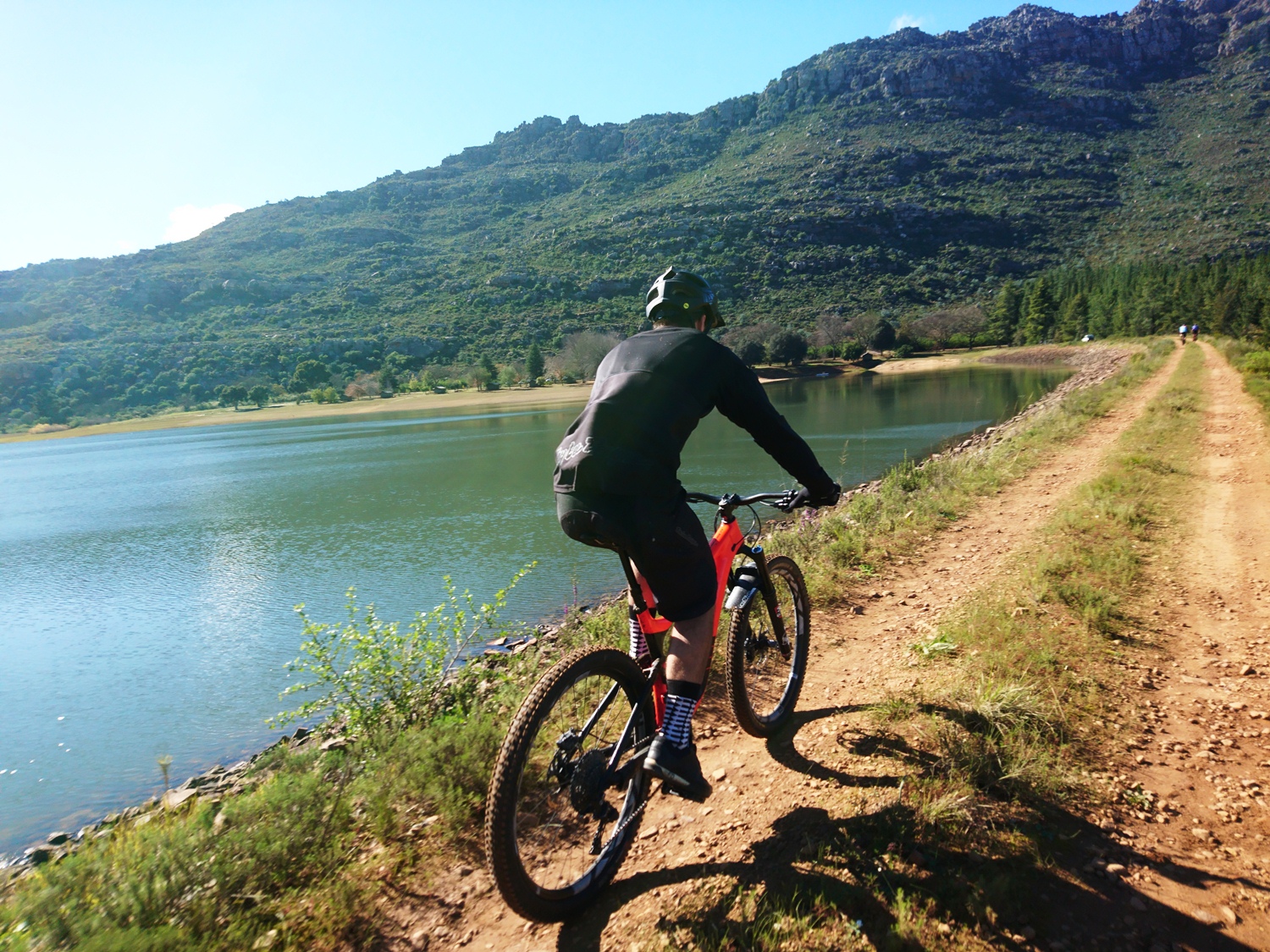 Heading towards the race village on the banks of the Mouton’s Valley Farm dams. Photo by Seamus Allardice.