Team NanoTime: A Professional MTB Team Facilitating a Movement Towards Health and Wellbeing

Team NanoTime: A Professional MTB Team Facilitating a Movement Towards Health and Wellbeing

Following the July 31st launch of the NanoTime website, which aims to become a platform for inspiring you to get active and educating you on how to stay active, the mountain bike team was announced today, 14 August 2020. After weeks of speculation as mountain biking fans tried to guess the identities of the team members from their avatars, the NanoTime team are: Zandri Strydom, Matt Beers, Nico Bell, Wessel Botha and Stuart Marais. The squad will be supported by {type}DEV, Specialized Bicycles Africa, Bells Cycling and Sponser Sport Food.

“We’re thrilled to have five extremely talented athletes, who are all great ambassadors for the sport of mountain biking and most importantly each have an inspirational story to tell” Dave Jacobs, the CEO of {type}DEV the software engineering firm underpinning NanoTime said. “Zandri is arguably the most exciting female mountain biking talent South Africa has ever produced, her technical skills are simply sublime. She challenges the preconceptions of what women can do on a bike.”

“Matt is South Africa’s top marathon and stage racer” Jacobs added. “Over the last couple of years his record has been fantastic and we’re excited to have a rider of his World Class status on the team. Wessel is a rising star. He has won Wines2Whales, alongside Matt, twice already, despite being only 21. We can’t wait to aid him in his development over the next few years.” 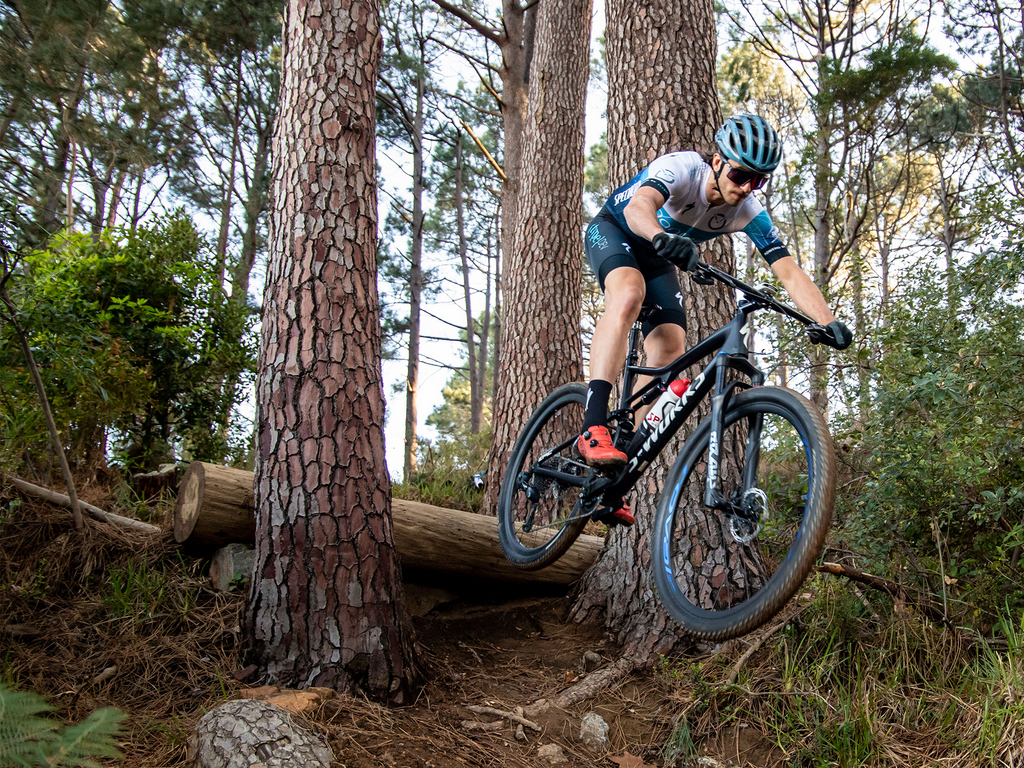 Matt Beers has been the most successful marathon and stage racer in South Africa over the last two seasons. With the aid of Team NanoTime and {type}DEV he could progress to being a dominant force on an international level.

“Nico meanwhile is one of South Africa’s most experienced mountain bikers” Jacobs praised. “He’s balanced running a successful bike shop in Nelspruit, with a career at the highest level of the sport. Nico has a few major goals he’d still like to achieve before calling time on his illustrious professional riding career and we hope that he’ll be able to reach those goals in the NanoTime colours.”

“Stuart is the heart of Team NanoTime” Jacobs explained. “He was the first athlete we supported through {type}DEV and has been instrumental in setting up the squad. He is one of South African cycling’s unsung heroes, who had to race as a privateer for much of his career. We’re looking forward to seeing the results he will be able to achieve from within a team set-up. He’s also an inspiration to young athletes, an example of how to keep pursuing your dreams.”

“Joining NanoTime has been the biggest step in my career as a professional cyclist” Marais revealed. “Having spent my professional cycling career as a privateer, with the exception of 2014 when I rode under the Kargo banner, this will be the first true team setup that I shall belong to. It’s immensely exciting and will be good to have the comradery of team mates going forward. We hope that the success of the team will be shared with our fans and followers and will inspire them to get active and get moving as we showcase what is possible with sport. As much as we are all pros, we started somewhere. I managed to work my way up the cycling ladder whilst working as an engineer and so there is no reason why others cannot follow suit and we hope to be able to inspire people to get moving with our own journeys.”

“The initial intention with the team was to only look at starting in the 2021 season, as most riders had been signed and I personally was looking forward to an exciting 2020 season” Marais continued. “It was building up to be a phenomenal season, across South Africa, as athletes were showing incredible promise with it being an Olympic year. Then, as everyone knows, Covid hit with full force and with-it teams started to fold as sponsors were, understandably, unable to fulfil their obligations. Dave Jacobs, CEO of {type}DEV, then approached me and we decided to move our timeline up by 6 months and try see if we can change an incredibly negative situation into a positive one and with it change the way teams are run in South Africa. The team aims to be leaders in what will be a very different world going forward and change for the better the way sport is run.” 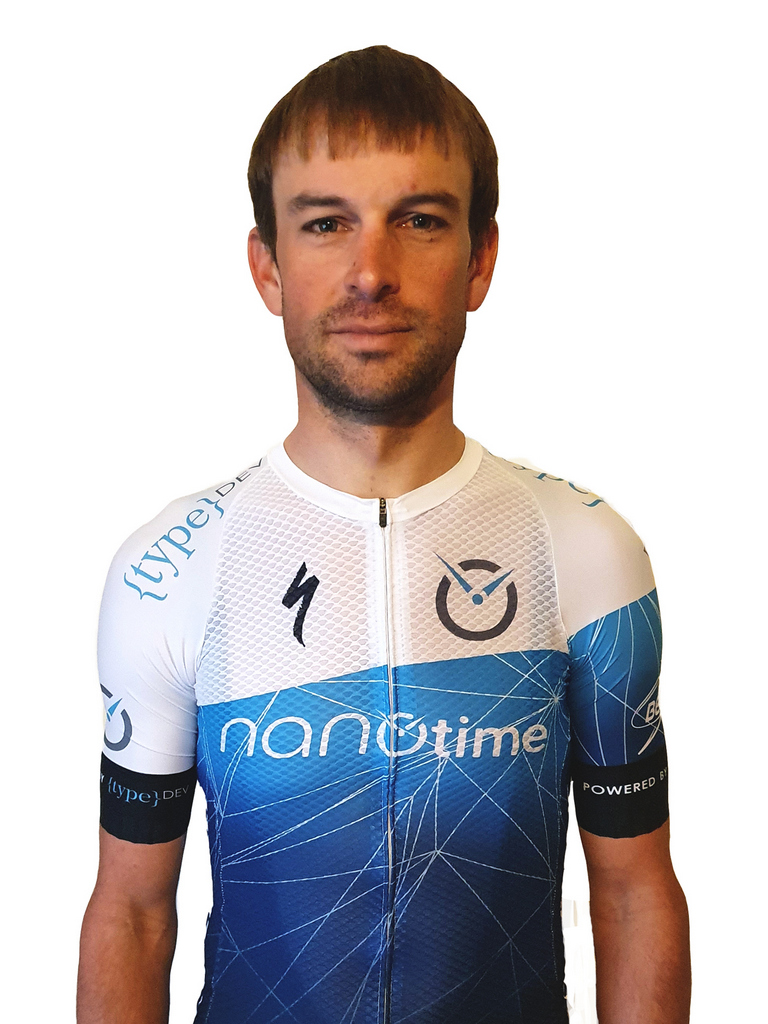 Stuart Marais is the founding member of the team and will be instrumental in driving NanoTime towards its bold goals.

“With a line-up consisting of some of the top athletes South Africa has to offer, we have ambitions of being the best team in the country” Marais confirmed. “Initially we will be targeting local marathon, cross-country and stage races; with our eyes firmly fixed on been the first South African team to win the Absa Cape Epic. We’d also be targeting the South African National Championships, in a number of disciplines. But we want to expand to be an internationally recognised team too. We honestly believe we have potential World Champions in our line-up and want to do everything we can to help these athletes realise their potential.”

Specialized Bicycles will be the team’s official bike partner, while other sponsors include Bells Cycling and Sponsor Sport Food. “Specialized Bicycles Africa is proud to be able to partner with Team NanoTime” Kylie Hanekom, Marketing Specialist for Specialized Bicycles Africa, said. “We know that the world is a better place when we move our bodies, by bike, and we all have a role to play in using our passion to create a better, cleaner, and healthier tomorrow. The team sets the benchmark for performance in South African cycling and as such will inspire others to use the sport we love to live a healthier life. We look forward to a successful season ahead and sharing the stoke that bicycles bring with newcomers and existing cyclists alike.”

“Bells Cycling is proud to be associated with Team NanoTime, we have been involved with various teams over the years, with Team NAD being the last team we supported” the store owner, Nico Bell, stated. It made sense to get involved with NanoTime in these tough times and provide support to talented riders! We will make sure the rider’s bikes are running smooth and fast at all times. We have a great partnership with Specialized Bicycles Africa to be able to support the team with the best bikes and equipment. Through Sponser Sport Food ZA we will also be able to make sure the riders have only the best nutrition. All their products are safe and stimulant free, ensuring they are ideal for professional athletes.” 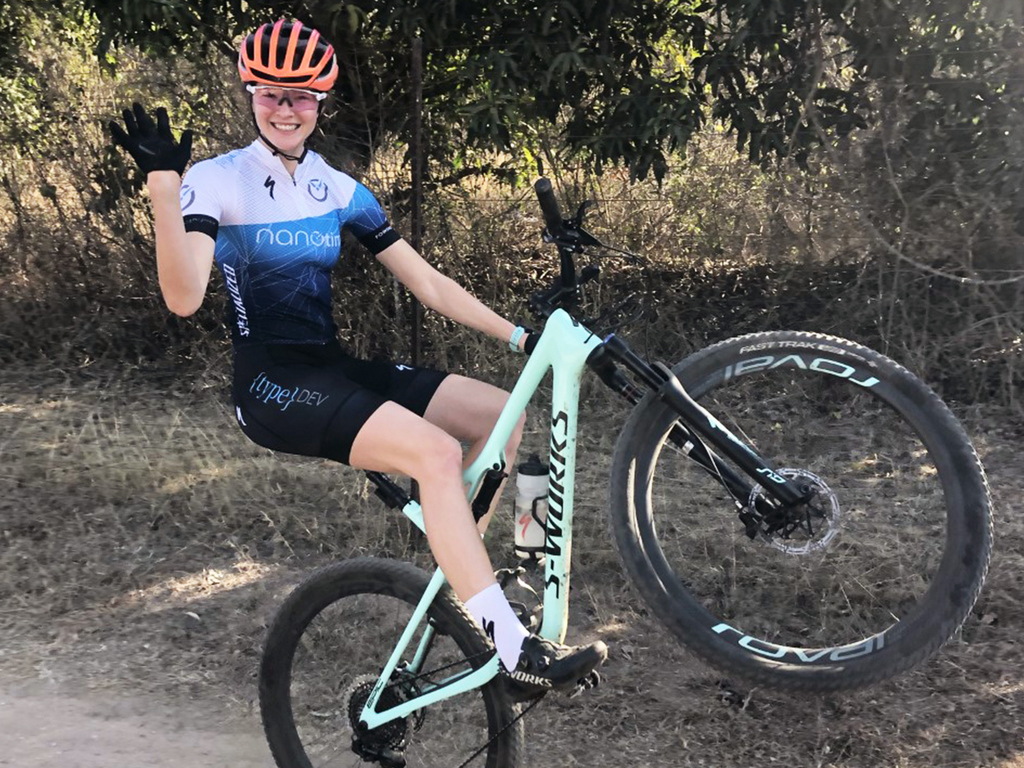 Zandri Strydom is without a doubt the most exciting young mountain biking talent in South Africa right now.

Mountain biking fans can follow Team NanoTime’s progress towards those bold ambitions on social media. Follow @nan0time on Instagram, like the NanoTime Facebook page and follow @NT_Movement on Twitter to stay up-to-date on the team’s results and performances. For inspiration and education to fuel and maintain your fitness journey, as well as for more news on the team, visit www.nanotime.co.za.