Alexandra Quenet continued her Torpedo SwimRun dominance at Val de Vie; on Sunday, 30 October 2022. The triathlete relied on her powerful swimming background to continually put time into the faster running Riaan Shaw and win the event overall. Shaw was the first man home, crossing the line 59 seconds down on Quenet’s winning time of 56 minutes and 5 seconds.

Torpedo SwimRun Val de Vie provided two distance options as well as a children’s race as SwimRun returned for the summer. The premier race took place over an 11 kilometre course, which included 9 kilometres of running in 7 run legs and 2 kilometres of swimming across 6 swims. All of the swims took place in fresh water dams on the Val de Vie Estate, near Paarl, and boasted relatively warm water; negating the need for wetsuits. 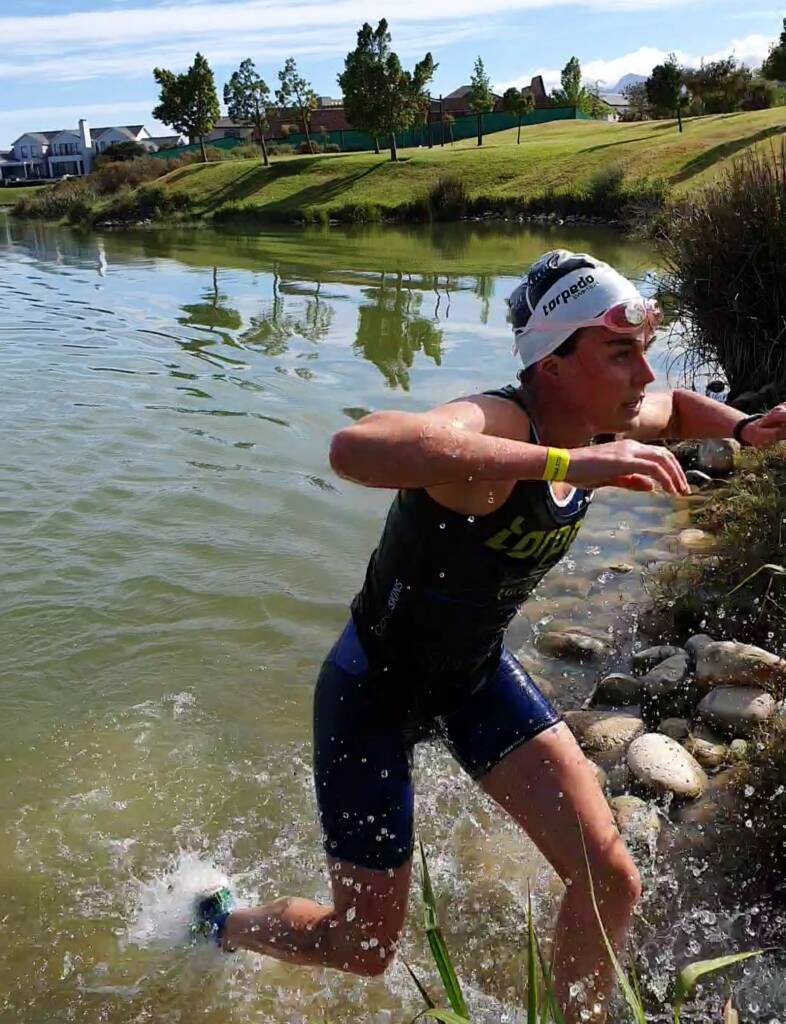 Alexandra Quenet continued her SwimRun dominance by winning not only the womens title but crossing the line first overall too. Photo supplied.

The first run was one of the day’s longest and allowed Shaw to establish a handy lead over Quenet and the chasing men’s pack. On the back-to-back swim one and two legs, which were only separated by a short sprint across a grassy bank, Quenet reeled Shaw in. For the remainder of the race, every time there was a run Shaw was able to gain an advantage, only to lose it in the water. On the penultimate swim, Quenet moved into the lead, establishing a 20 second buffer which she extended to just over a minute on the final swim. The queen of SwimRun in South Africa then only conceded 10 seconds of that advantage on the 1 kilometre sprint from the last dam to the finish line; at The Yard, where the Val de Vie Estate gym, swimming pool, 5-a-side football pitch and paddle courts are located.

“It’s the first time I’ve raced this new route and it’s hard!” Quenet emphasised. “The running was much harder than the old Val de Vie course’s runs. But the weather was perfect and the water temperature was so nice, just cold enough to cool you down. I had a great day out there and had a lot of fun!” 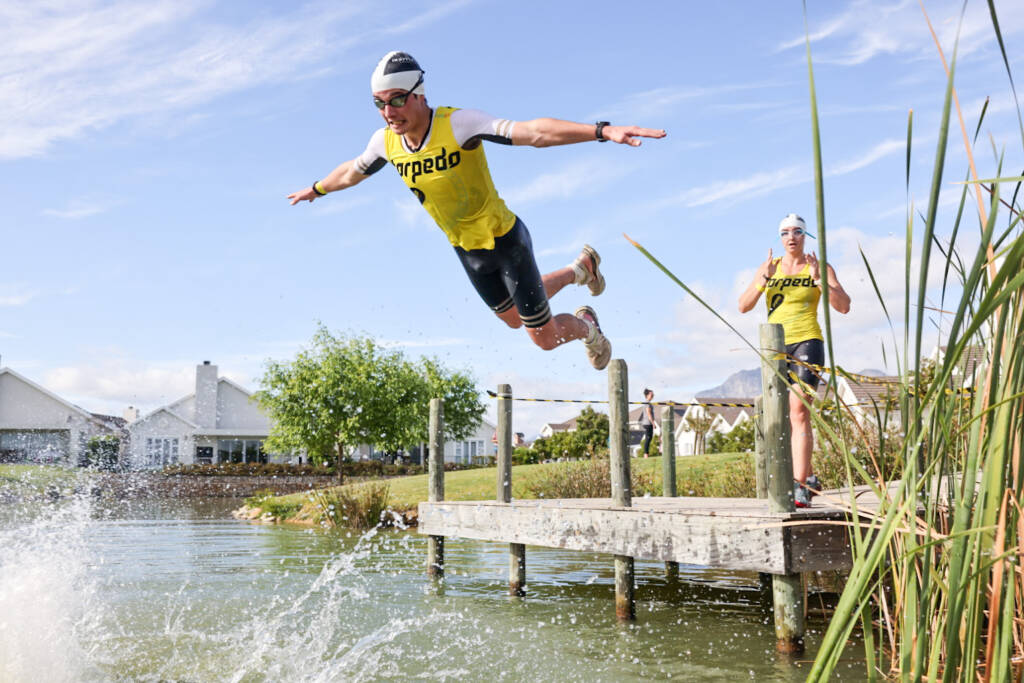 SwimRuns have no transition between the swim and run legs, meaning most athletes choose to swim in their shoes rather than remove them for each swim. Photo by Caleb Bjergfelt.

“I need to train a bit more for these,” Shaw half smiled, half grimaced. “It was fun, and it’s good to be racing Torpedo SwimRuns again. We have Cape in a couple of weeks, so it’s great to see the series back after Covid again.”

While it may have been tough for the top athletes, who raced not only to beat each other but also the 1 hour mark on the updated Val de Vie course, for the less competitive SwimRunners the event was much easier. A mix of the estates paved footpaths and mountain bike singletrack provided run legs which were either fast or fun and technical. This allowed those who were not racing to recover on the smoother terrain. With the challenging Torpedo Cape rapidly approaching the 11 kilometre race was the perfect warm-up, while the 5 kilometre distance was the ideal introduction to the sport.

A boisterous group of children were also introduced to SwimRun with a dedicated kids race. The event featured a 500 metre run around the perimeter of The Yard complex and a two length swim of the estate’s pool. The youngest participants did a single lap of the course, many with a father or mother on hand for additional support, while the older two age categories took part in either two or three lap races. 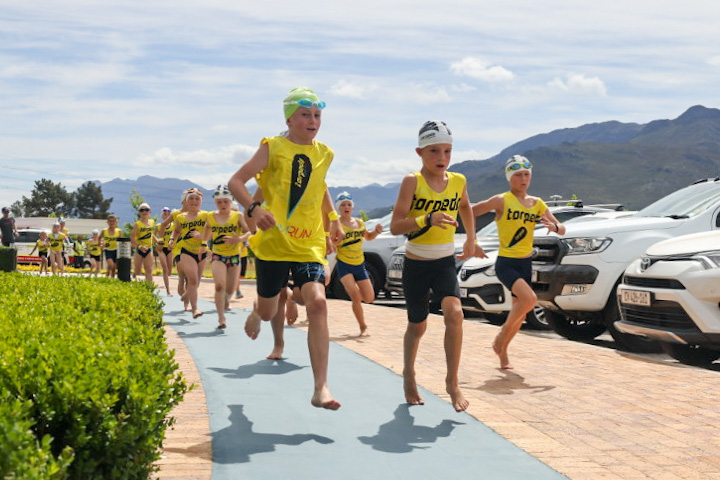 The children’s race at Torpedo Val de Vie saw kids between the ages of 4 and 10 taking on one to three laps of the short course around The Yard. Photo by Caleb Bjergfelt.

The experience gained at Torpedo Val de Vie will stand those taking part in Torpedo Cape, on the 20th of November, in good stead. Along with the traditional 16 kilometre route from Sandy Bay to Clifton 4th beach, the 2022 event has also added two extreme options and an easier route. The Torpedo Cape OPS adds another 4 kilometres to the Cape route and starts with a swim off a boat to the BOS400 wreck. The Torpedo Cape Skins takes on the Cape course but is only for those brave enough to compete without a wetsuit. For those still feeling their way into SwimRun the Torpedo Cape Cosy features a reduced route, of 7 kilometres in length, with 3 runs and 3 swims.

Would-be participants can still enter the Torpedo Cape Events by visiting www.torpedoswimrun.com. Those wishing to relive the highlights of the Val de Vie event can follow @torpedoswimrun on Instagram or like the Torpedo SwimRun Facebook page. 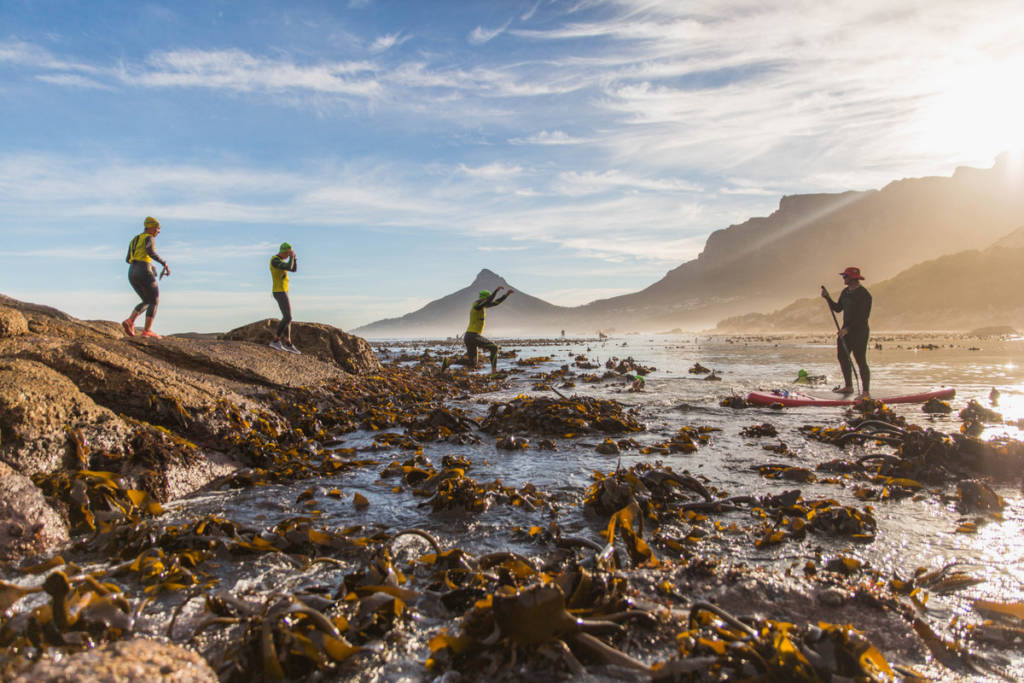 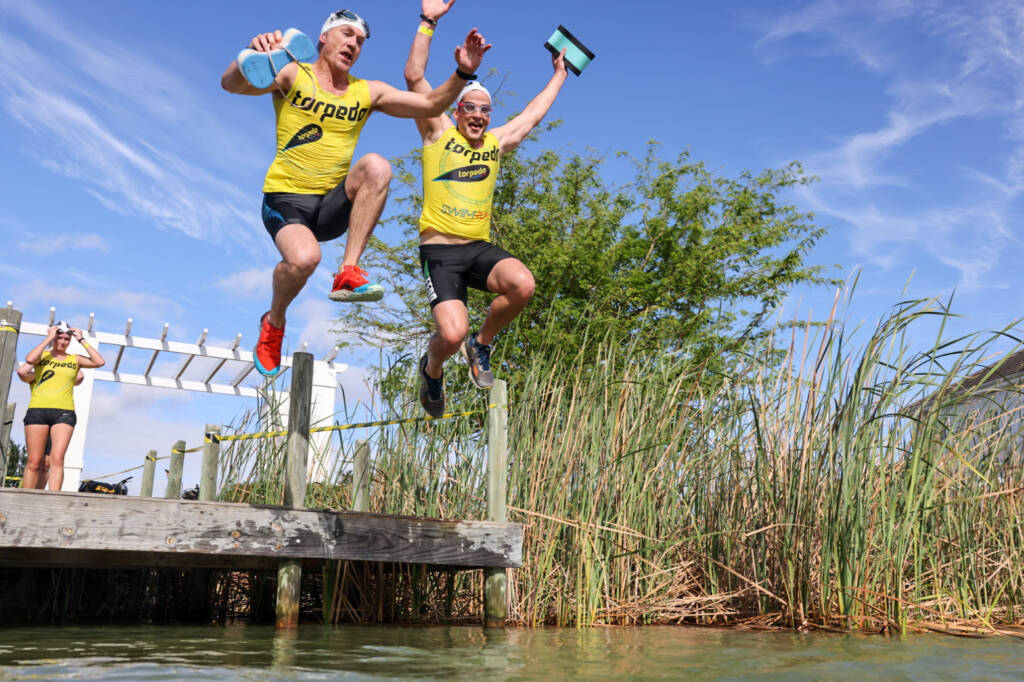